It is an intertwined, coiled, and twisted web of blessers and slay queens, secrets, and lies, for which money and cheating is an order of the day, but the man at the centre of it all is excited with all the drama he has created.

Thabo “Tbo Touch” Molefe is merry-making in his new role. He is no longer “just” an entrepreneur, DJ, and TV personality, but has added actor, screenwriter, and filmmaker to his list of achievements.

His debut film, Blessers, is yet to bang the big screen but has already became the talk of the town. In the movie, the Touch HD owner plays the wealthy Mthakathi, a dubious character who threw extravagant parties where he introduced blessers to slay queens.

“I thoroughly enjoyed delivering the few lines I had in the film. Mthakathi is a pimp, man! He’s crazy,” the DJ told Move. 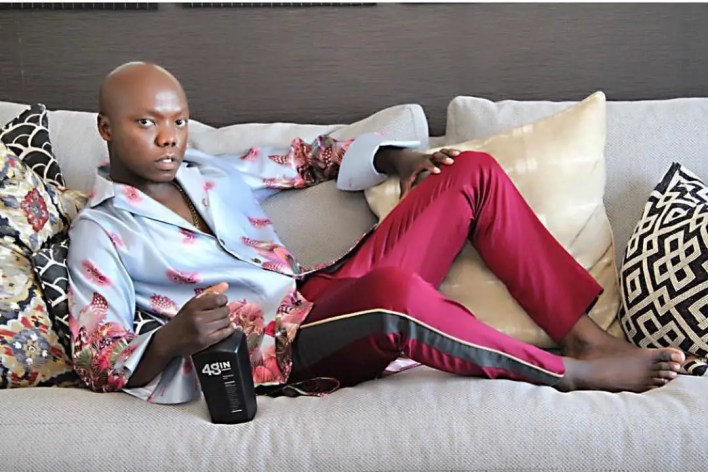 The magazine caught up with him on the red carpet for the film’s Mzansi premiere in Johannesburg. Tbo Touch, who produced the film and co-wrote it with Sasa Nqabeni and Kumaran Naidu, said they wanted to look into the topic of blessers without being offensive.

“Usually the woman is portrayed as a victim and the man as an enabler. We wanted to show both sides of the coin,” he said.

He confessed that it’s a volatile subject and that the country was still a very sensitive nation, and as such, the writers chose to tackle it as a comedy.

Director Rea Rangaka, who won a Golden Horn for TV drama iNumber Number, added Blessers; “Has a light way of dealing with some really dark material, like the concept of blessers, cheating and the s.e.x trade.”

“We’ve seen and lived with the events on screen all around us. The film is ‘funny ha-ha’, but even funnier as in, ‘Oh, snap!”

Kenneth Nkosi plays Jacob Mofokeng, a middle-aged CEO who has grown up used to his routine – a life which includes his wife (Sonia Mbele), his daughter (Six Nyamane), his domestic worker (Connie Chiume), his job and his lavish recreational habits.

Unpacking the plot, Tbo said Mthakathi attempts to offer Jacob a memorable night, one to remember so that he can forget his marital problems.

“I don’t want to spoil it, but Jacob goes to a masked party and gets a lap dance from his daughter, and he ends up becoming a blesser to her. These things happen every day and this movie is to help teach people,” he said.

He added that the past two years had been a rollercoaster ride filled with learning curves. The entertainer said, apart from overseeing the production of Blessers, there were rumours that his firm, Touch HD and Marketing that owns popular digital radio station Touch HD, is at risk of liquidation.

As reported by Sunday World, last year a company took Touch HD to court over allegations that it owed them R1,3 million for production and marketing services. In February, again the company was dragged to court over an unpaid hospitality bill of nearly R190 000.

And the Industrial Development Corporation, a state finance entity that supports black businesses, allegedly sought and obtained a court order in September to recover R11m that Tbo Touch borrowed to set up Touch HD.

When asked about the court cases, Tbo Touch was evasive but stated: “I’ll never be broke. It’s too late now for that.” The Soweto-born businessman said a lot of people make assumptions about him without getting it from him as to what was going on.
“I’m a businessman but I’m human too. If you don’t know, ask me. In business I take risks and if something doesn’t work out or I don’t see a future, I move on to the next thing,” he said.

He is stead-fast and would never let loose of his dream so easily, into which he has invested millions.

“I put R33 million on Touch HD, which I got in different ways. I sell gin, wine and I am into the property and other things, so I was able to raise the money for Touch HD.

“Touch HD is doing amazing, don’t be fooled by naysayers. We never closed down, we migrated to THD24.com,” he said.

He added that he is not surprised as to why people thought Touch HD had closed, adding that it was simply because it moved from live online radio to podcasts.

“I’ve learned live online radio doesn’t have as many listeners as podcasting.

“We currently have 12 podcasts running on the platform. We chose this because we have 2 million podcast downloads and live streaming sometimes only reached 2 000 people a day.

“This means we have shows running around the clock, at listeners’ convenience. There is no live station that reaches 20 000 or more people.

“We had to switch because it made business sense,” he said. 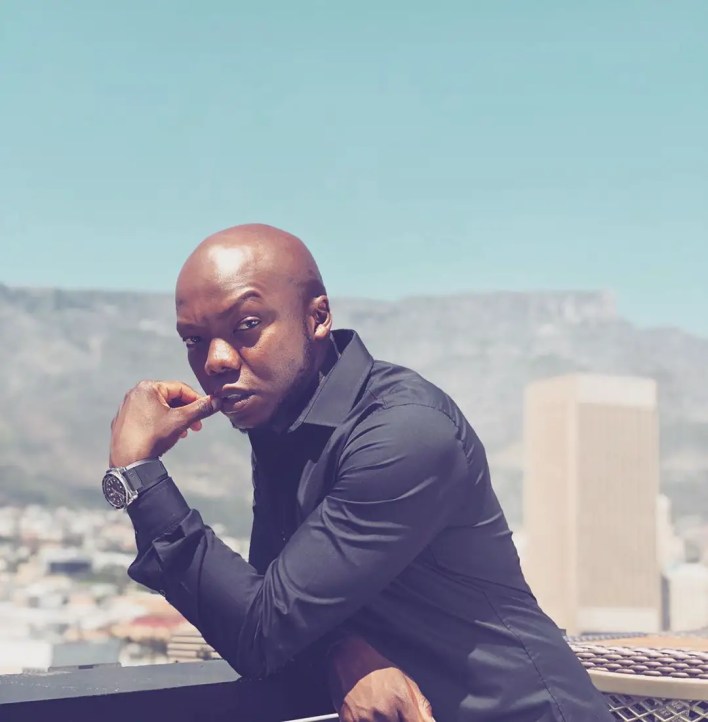 He is a person who doesn’t want to dwell on the past, and more keen talking about his future in film. He added that Blessers is only the first of many productions to come.

“We’ve been working hard to try and be a multifaceted media house. And we are fast taking over the digital space too,” he said.

By helping himself, he’s helping others. “I made sure 40 salaries were paid out this year. I tried to play my part.

“When I eat, I don’t eat alone. I create work and empower people,” he added.

He went on to say that Blessers, employed more than 100 people.
“We made something out of nothing. I don’t play my part by talking and no actor can walk away saying they were exploited from that production,” he claimed.

As side work away from media venture, he has also launched his own gin and wine brands.

Tbo Touch also gives back to the community by helping nurturing aspiring entrepreneurs. Annually, he takes 10 teens from across SA who have submitted a business idea and proposal and flies them to Johannesburg to visit established black-owned businesses and learn entrepreneurial skills.

More should be expected from him come 2020. “We are going for the Black Panther standards. We will be doing eight TV shows that have already been approved by various channels and which will air from February next year,” he said.

He maintained that his starring role is the first step in the long journey. “This is my first acting role, but it isn’t my last. I’m not afraid to be called a jack-of-all-trades because I master everything I do,” he said.

He views himself in the same league with Apple co-founder Steve Jobs and Facebook creator Mark Zuckerberg. “I’m not there yet, but don’t underestimate my drive,” he added.

Guys, it is 2019. Why do people still need to be reminded that Emtee is a savage with the klapbacks? The Pearl Thusi hitmaker has been speaking his mind and giving it back to the haters. So it was no surprise that he told a follower to sit down when they commented on his latest snap. 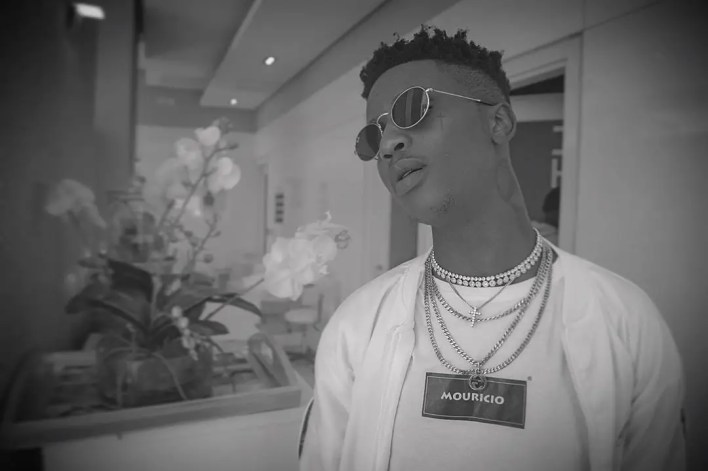 The pic, showing him at the beach, got loads of comments from a fan who commented about his height in the snap. continue reading