Researchers suggest not texting while intoxicated or delaying posting on social media to minimise social harm. A new study highlights the negative consequences of social media posts and phone calls made while under the effects of alcohol and drugs. You’ve had a glass too many and couldn’t resist the impulse to call your ex and unburden yourself via voicemail. This unpleasant scene may be terribly familiar to some of us.

According to a new study published in the journal Substance Abuse and carried out by researchers at the Center for Drug Use and HIV/HCV Research (CDUHR) at New York University (NYU), people who regularly consume alcohol and/or drugs often engage in this sort of behaviour and regret it later on. Risky social media posts, including those showing people high on drugs, have the potential to cause embarrassment, stress, and conflict for users and those in their social networks,” said CDUHR researcher Joseph Palamar, PhD, MPH, the study’s lead author and an associate professor of Population Health at NYU School of Medicine. 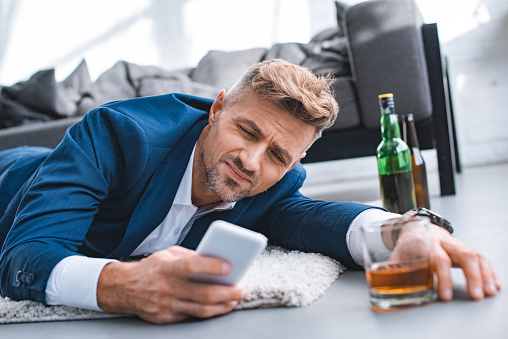 “It can also have adverse implications for one’s career, since the majority of employers now use social media platforms to screen job candidates and may search for evidence of substance use. 21% of study participants regretted posting on social media while under the influence of drugs

In this study, the researchers examined data from 872 adults surveyed while entering electronic music dance parties in New York City who reported current or previous drug use. Participants were asked if they had ever posted on social media, called or texted someone, or posed in a photo while under the influence of drugs or alcohol, and if they had regretted doing so later on.

The researchers estimated that more than a third of the participants (34.3%) posted on social media while not in their normal state. Of those, 21.4% regretted it. The study also showed that the participants who were most likely to do so were those who had taken cannabis or cocaine.

“While prevention programmes have largely focused on physical safety — for example, not driving after drinking — such programmes can also stress that using a smartphone while high can increase the risk of someone engaging in regretful behaviour.

“Tactics such as using apps to prevent texting while intoxicated or delaying posting on social media until one is no longer experiencing drug effects may help to minimise social harm,” outlined Palamar.

Did Black Coffee Cheat on Enhle Mbali with someone she knew?

Mistakes that are killing your s*x life

Foods you should eat more often for wrinkle free skin

Ways to have fun while losing weight

Carol Ofori Encourages Black Women To Have Fun With Their Hair

Here’s how to handle the peer pressure of getting married

Get rid of body odour with 5 natural alternatives to deodorant