Crime is very rife in South Africa and not even our favourite celebs are immune to the crime that affects us on a daily basis. But what raises more eyebrows is the practice of it during these trying times when everyone has been told to ‘ Stay at home’. Unfortunately, that is the world we live in, people just loot and dent your mood, for what you have worked tirelessly hard for.

Zodwa Wabantu is the latest Mzansi celeb to fall victim to a house robbery, but fortunately enough, no one was injured during the break-in. The reality show star posted a video on Instagram informing the public that perpetrators targeted her house in Malvern, Durban.

She said they made off with a grass machine, boxes of her perfumes, a laptop and their clothes. Zodwa pleaded with anyone who might have any information that may lead to an arrest of the perpetrators to come forward.

President Cyril Ramaphosa addressed the nation Live and now the talk of the town on black Twitter. South Africans won’t let this go, they have already made fun of the President after he gave the speech on lockdown new rules. 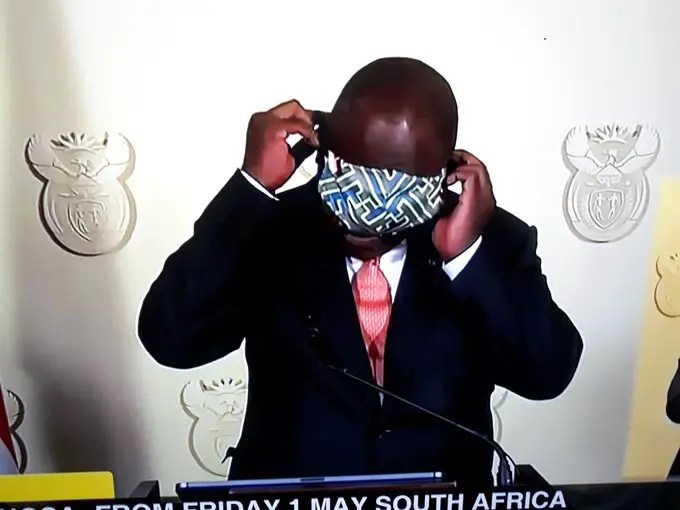 Wearing a mask has never been that tricky and as soon the President was done with his speech he was showing Mzansi people how to wear the mask and Stay safe, that is when all the drama started on twitter and they even have a Hashtag on that, #CyrilRamaBillion. See below some of the black twitter’s comments and funny Video. Read more