Actress Zenande Mfenyana announced her pregnancy on Mother’s Day. Rumours of Zenande’s pregnancy started when reports surfaced that she was exiting “The Queen”.

Fans of the star were as excited as she was and sent messages congratulating her. Celebrities like Dineo Langa, Lebo Sekgobela and Makgotso M also congratulated Zenande.

Look at reactions below:

This is beautiful infact the most outstanding pregnancy reveal. I am so proud of you mama❤️

May the future be filled with many breakfasts in bed surprises, hand-drawn cards, cheap flowers, perfumes which you paid for,chocolates which you then have to share, and all the other dodgy gifts we gave our mommies as kids ? pic.twitter.com/fcmQuu66mu

Though it is not the first time Mr. Ferguson has expressed the love he has for his beautiful wife Connie, on a recent post he proved she is really the rock of his life. Shona and Connie Ferguson are one the most loved up couples in South Africa and are never shy of showing each other love on social media. 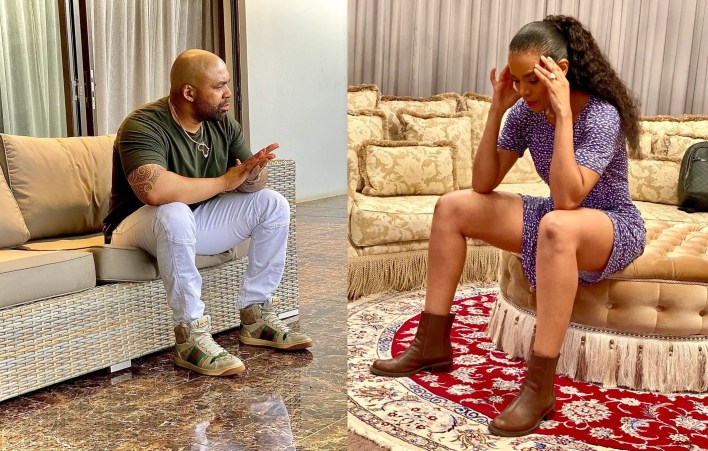 Taking to Instagram, he shared a picture of his wife dressed in gym wear that showed off her fabulous abs and wrote a special caption praising his queen. Read more

Lerato Sengadi: There is nothing wrong with being an older mom