As the year 2019 come to an end, we take a look at some beautiful traditional weddings of our favourite Mzansi celebs. All in all, our couples outdid themselves this year and had the streets talking.

The couple had a very unusual spin to their traditional wedding, but it worked wonders for them. Dubbed the wedding of the century, Somhale had five wedding outfits and each look setting the bar higher than the previous. Their Egyptian style outfits were breathtaking and it was all Gert-Johan Coetzee’s doing.

One thing that potentially took the spotlight away from the couple for a split second was the wedding cakes. Another element of their wedding that got social media users glued to their Instagram were the outfits worn by their guests.

The preparations for the white wedding are underway and it promises to be bigger and better.

The couple did the noble thing of sharing the precious moments from their wedding with fans. Their wedding docuseries ‘Kwakuhle Kwethu’ was broadcasted on 1Magic and then Mzansi Magic. The couple opted for an outdoor wedding at the Forum Embassy Hill, Cape Town. The dashing bride changed into a second dress for the reception and looked just as amazing.

A very intimate wedding for Kwesta and long-term partner was what we witnessed on his hit song Khethile Khethile. Held at the Thaba Eco Hotel in Johannesburg, it included only family and close friends. Including some of Kwesta’s celebrity friends.

Their intimate traditional wedding came as a shock to many because they did not announce anything. Rick Jade really knew how to keep everything a secret to allow their family and friends to thoroughly enjoy the auspicious event.

They have been together for 10 years and apparently Priddy proposed in 2015 when he was just a student. In 2018, he paid lobola and just when they could afford it, Rick Jade made it official.

The traditional wedding saw Nomsa and her bride saying their ‘I do’s’ the same weekend as Somhale and Rick Jade. The beautiful wedding, according to Nomsa, was going to be attended by people close to them and people who supported their relationship. Unlike any other bride, her sole focus was not on the dresses, food, décor and hair… No! Hers was on the fact that people who deserved to be there were there. 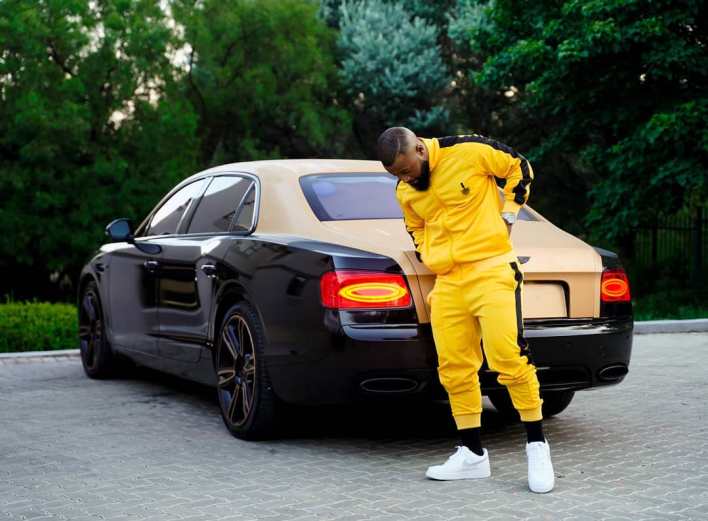 The rapper’s “homecoming” was glorious as fans flocked to the stadium to watch some of the hottest acts in Mzansi perform. But the main attraction was Cassper and he didn’t disappoint with a high energy set that had fans begging for more. read more