Remember days ago, Nigerian musician Tiwa Savage explained that she is currently being blackmailed over a lovemaking video she did with her current partner. The musician also noted that the video was accidentally posted on Snapchat by her partner who deleted it immediately.

Well, Tiwa Savage’s blackmailers have released her bedroom video online and it’s already causing ‘confusion’ with some netizens expressing shock over the video.

In the video, the ‘Eminado’ hitmaker unclothed sat on a chair with her backside facing her man who gave it to her from behind in a vigorous manner amid moaning.

We cannot post such explicit videos. However, it’s all over social media yet not so easy to find, search for it is available.

On the latest episode of DJ Zinhle: Unexpected which aired on Saturday 16 October, DJ and businesswoman Ntombezinhle Jiyane revealed that she wants to get AKA and Murdah Bongz to get along. 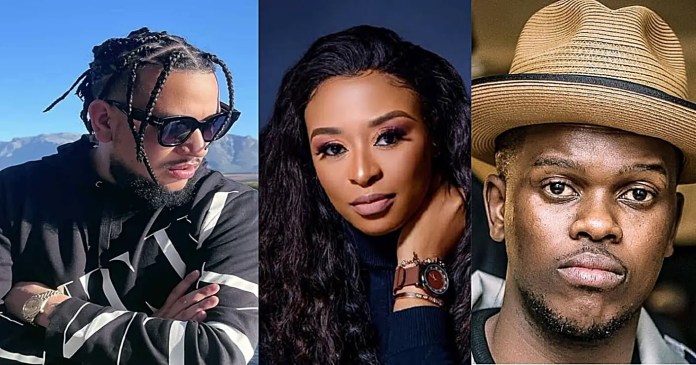 In the current episodes of DJ Zinhle: Unexpected, the DJ is juggling work and her pregnancy. In the latest episode of the series, she reveals that she is attempting to get AKA and Murdah Bongz to get along. AKA whose real name is Kiernan Jarryd Forbes, Learn more

Here Is How To Audition For Big Brother Mzansi Online