Ugandan community in Dubai was left in shock after a renowned slayer, Karungi Monic aka Mona Kizz jumped off Al Fahad building in Dubai, killing herself instantly.

Mona Kizz has been known for her slaying lifestyle and we are still establishing what pushed her to commit suicide.

Of late many Ugandans in Arab countries are suffering from depression due to overwork and unemployment.

Some companies and agencies trick Ugandans into finding them jobs, leaving them stranded in Arab countries after pocketing their hard-earned money.

After selling off their properties and borrowing money, some Ugandans fear returning back home and resort to hustle which leaves some into depression.

From the photos and videos on social media, Mona Kizz looked happy but everybody has his/her own problems which they can’t disclose. 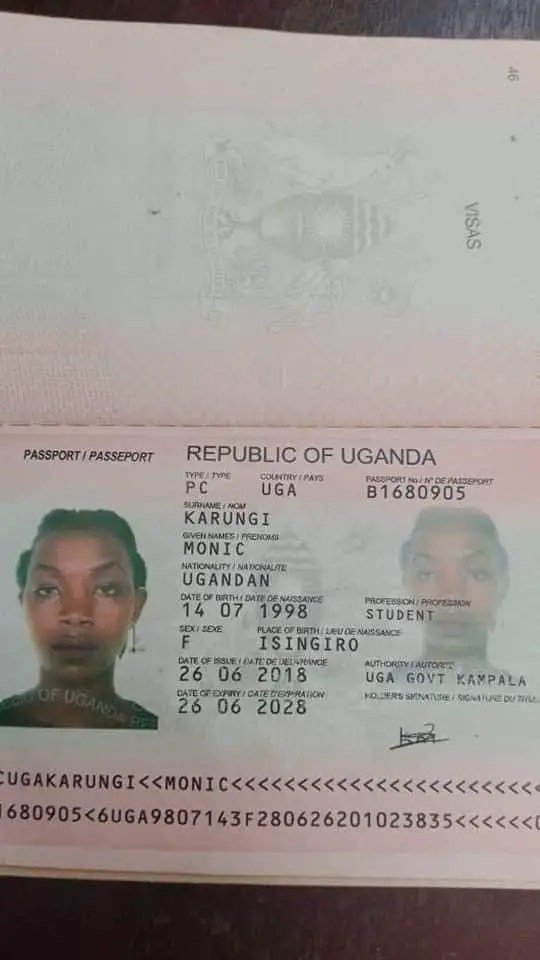 According to her passport, she was born in Insingiro district in 1998.

May her soul Rest In Eternal peace!

In Other News – Did she refuse to eat poop? – WATCH: Slay Queen jumps off a building and dies in Dubai, this video is not for those with weak hearts

A 23-year-old Ugandan slay queen jumped off a building and died instantly in Dubai in an apparent suicide case.

Monic Karungi, commonly known as Mona Kizz according to Routine Blast, threw herself from the seventh floor of the…learn more