Actress and radio host Thando Thabethe, found herself defending the legitimacy of her matric certificate this week after a social media user said it was fake. This comes after Thando posted four pictures of past certificates she received throughout her schooling career. The Housekeepers star said that her mother “pulled out the receipts”. 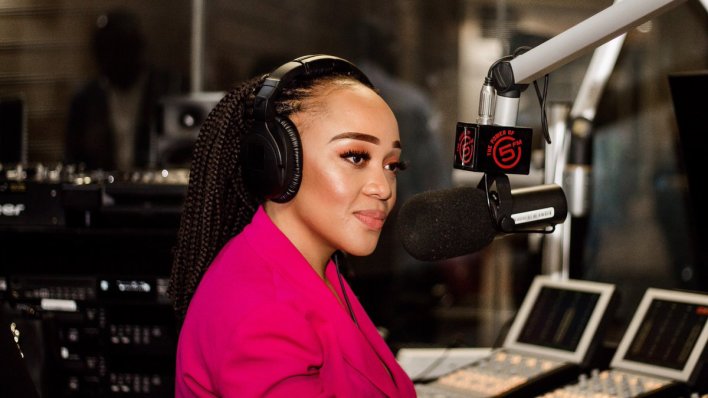 Thando celebrating her mother showing her the certificates was short-lived when a user by the name of @Makoun1304 said that her “Malusi certificate was fake”. The user also went on to say that they went to school with Thando

So my mom pulled out the receipts yesterday. She kept all my certificates and reports, literally from primary school … pic.twitter.com/LBwM6jOThW

The star also added that she matriculated in 2007 and not 2009 as the social media user claimed.

Are you joking ?…you think I’d randomly create a matric certificate here’s a link to what uMalusi is DEFINATELY went to Mondeor https://t.co/RsbfoEQJ89 …argh twitter ? https://t.co/d6PF2FWeDk

Im sure if you’d ask who the principal was at the time, they’d answer Mr Price…

In other news –  I won’t stop being a Prost!tute – Zodwa Wabantu shares hot video in her panties & it is too much

As she always does, sharing workout videos with her fans and followers whilst at home, Zodwa Wabantu is not stopping at any time soon as long as she is alive. The nation is under level 4 lockdown which still does not permit any public gatherings and opening of public places like gyms which has forced people to keep doing their exercises from homes. Read more

Interesting things you did not know about actress Bonnie Mbuli

Ambitiouz records responds to claims that Sjava wants to Leave