Less than a month ago, controversial YouTuber Slik Talk was beaten up badly in a boxing match against rapper Cassper Nyovest. It seems he hasn’t learnt his lesson about attacking celebs as he has once again sunk his teeth into another musician.

This time, Slik Talk is bashing DJ Maphorisa who appears to be getting dribbled by actress and DJ Thuli Phongolo.

Slik Talk has gained a reputation for himself as a big celebrity basher. This is because he consistently heads over to his YouTube page to share videos of himself criticising local celebrities.

The latest person to get trashed by Slik Talk is DJ Maphorisa. In his short clip, Slik calls Maphorisa a “clown” and a “simp” because he was allegedly played by DJ Thuli P and JazziQ.

“I found DJ Maphorisa crying like a simp. I was like what are you doing? You are DJ Mphorisa. He was saying ‘Oh he took her’. Grow up, man. DJ Maphoisa is a rich simp.

“He took his girl and put it on his feed. Then what did Maphorisa do? He was like I’m going to unfollow him on Instagram. What type of clown does that? He is a simp,” Slik Talk said in his video.

All of Slik Talk’s words come shortly before Twitter users spotted snaps of Maphorisa and Thuli P that hinted that they spent the night together.

Thuli quickly deleted her post, but this did not put an end to the chatter about her and Phori who have been trending since last year. 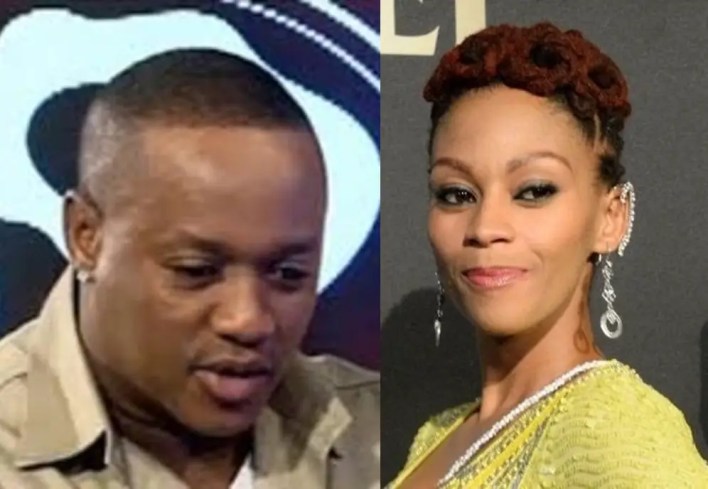 Letoya gushed over her wife in a recent Instagram post, but some mistook Lebohang for former Uyajola 9/9 host Jub Jub! Learn more