Musician Sjava says he has definitely learnt his lesson. For the past few weeks he has been making headlines after abuse allegations by Lady Zamar.

The fact that he chooses to move on and make good career moves for himself has been perceived by many as a sign of showing no sympathy or remorse.

This situation is not looking to die down anytime soon. After Lady Zamar got people confused about whether or not she got married and ‘moved’ on so swiftly, people’s opinions have been swirling all over the internet.

The artist, who has now returned to acting, posted a video of a freestyle he performed for MTV. Fans praised his bars and flow, but one fan commented, “You’re so talented bro. Stay away from crazy woman they would ruin your future and image.”

Sjava replied, “I have learnt my lesson brother.”

That did not sit well with many fans who are triggered by the fact that Sjava might have suggested that his ex is crazy.

All abusers call their victims crazy and real men just apologize and move on.

But this guy!!! You have no respect for women at all both your wife and former girlfriend.

Sjava has since taken legal action against Lady Zamara and has released a final statement where he says he will never address the allegations anymore. 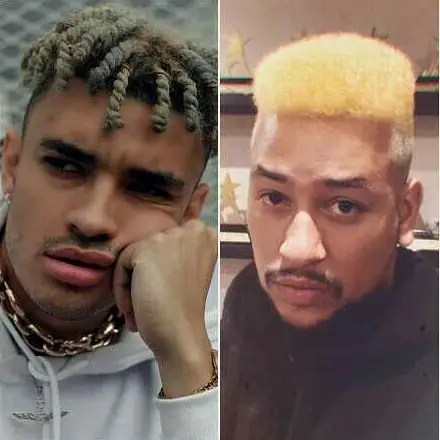 We are still a few weeks away from the South African Day of Reconciliation – which takes place on the 16th of December every year – but two of Mzansi’s biggest rappers have decided that the time is right to reconcile their differences. AKA and Shane Eagle haven’t always seen eye to eye, but they put their differences behind them this week and if you believe the tweets, a pair of sneakers might have helped end the beef. continue reading