Following his revelation that he was axed from SuperSportTV via SMS, Robert Marawa has started his own sportscasting show called Thursday Night Live On Marawa TV. Thursday Night Live with Marawa was first broadcasted on SuperSport. His dismissal prompted him to broadcast his popular show which is now exclusively on YouTube. It premiered on October 31 and it sees Robert doing what he does best

.When he first broke the news of his dismissal, the veteran sports presenter made some serious allegations of s-e-xual harassment against SuperSport, which he claimed was the reason for his ousting. 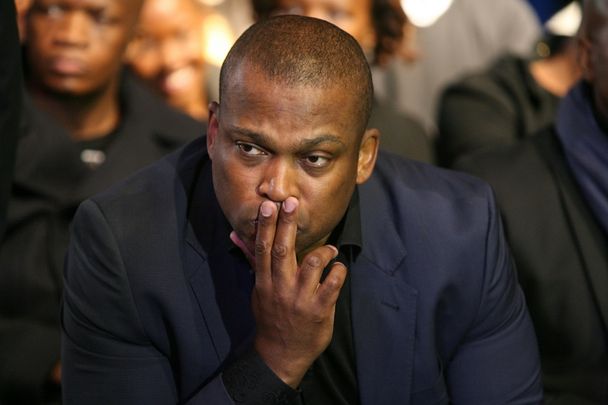 Just 2 hours before the show on SuperSport 4, he was texted via SMS and told not to bother showing up for work. To further display his outrage, Marawa retweeted several of his ex-colleague, Mmaphuti Mashamaite’s tweets in which she alleged to being s-ex-ually harassed by one of her bosses. The company denied the allegations made by Robert.
In light of his YT show, Marawa informed his supporters on social media and thanked them for showing him support. Little did anyone know, he was planning something as big as his return to sportscasting. ‘The man was denied water, but he is now drinking wine. Robert has been praised for delivering high quality content and the 1st episode has been given a thumbs up by fans.