Springbok captain Siya Kolisi‘s wife, Rachel, has been trending on Twitter, as tweeps flocked to social media to defend her from “bullies”.

Since the Bokke won the Rugby World Cup (RWC) in Japan on Saturday, she has received some rather mean comments from Twitter haters. 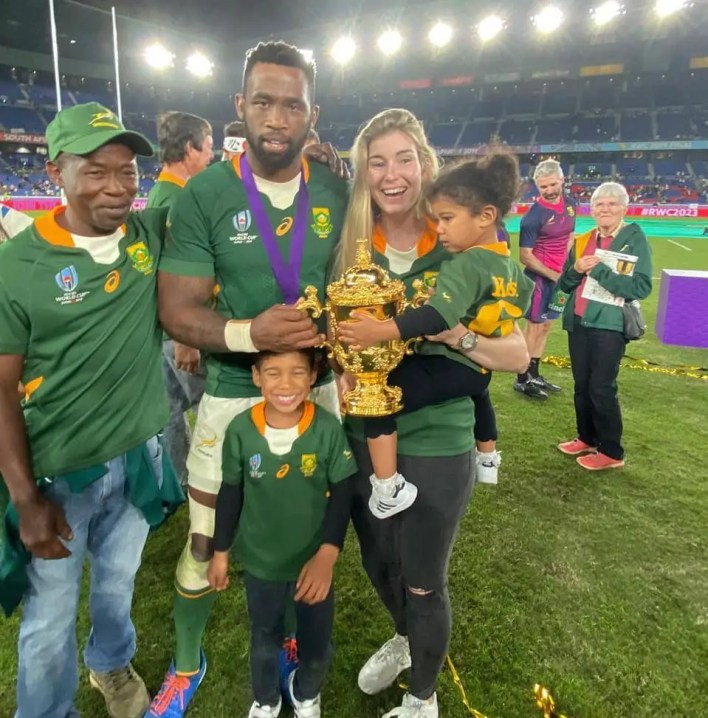 Rachel has made headlines and trended on social media before for slamming women who make moves on her husband, and some users warned her not to do the same when a clip of “checking out” Miss SA went viral on social media.

TV personalities Lerato Kganyago and Hulisani Ravele have spoken out against the attacks on Rachel, with Hulisani describing them as “ugly”.

“A lot of black women being unnecessarily mean towards Rachel Kolisi makes me cringe! Says a lot about us!” said Lerato.

Here are five reasons Mzansi is rallying behind Rachel:

Rachel clearly loves her husband and is always sharing snaps of the two of them on social media. In the weeks leading up to the world cup, she was there, with two of their four bundles of joy, cheering him on and offering him all their support.

Say what you want but inside #RachelKolisi lives A Black Xhosa woman who loves & respects her husband, and protects her family Umfazi who will stand by Umyeni wakhe even when he has nothing. Umfazi oneSdima!That is how a man picks a Wife, not because of skin color. pic.twitter.com/jzwgS8Mhqs

If being able to spot potential was a person #RachelKolisi pic.twitter.com/dq5w1kC9El

#fafdeklerk
Meet Rachel Kolisi. The wife of our Springbok Captain,Siya Kolisi. True that what they say. Behind every succesfull man is a praying wife. This woman should trend because she is just absolutely amazing #RachelKolisi pic.twitter.com/2rWNvIJ219

She has her own life

Rachel is often cast under her husband’s shadow, but she has a life of her own. Like Siya, she is into fitness and runs Rise, a fitness organisation which encourages women to pursue and make fitness a lifestyle. She is so busy, in fact, that she will not be attending the Springboks trophy, tour as she has a business to look after.

In her stories she said: “So sad that I won’t be joining the victory tour! I have four kids that all have a lot going on at the moment which need my full attention, a business to run. Plans to change a nation rollout while taking care of me.”

She is not about to drag anyone

Social media users have given Rachel lots of reasons to be mean, but she’s constantly protected her peace and lived her life. However, this doesn’t mean she doesn’t see the nasty comments made about her on the socials.

On Instagram stories she shared a message which read, in part: “Your creator can see things in you that other people cannot see. Sometimes people will try to push you down or make you feel insignificant.”

Probably not right I wonder why a married women minding her own business got y’all so mad makes you wonder.. Don’t it pic.twitter.com/0r4PkJVSNr

Many have defended Rachel in the name of women empowerment. Here are a few responses in this regard:

Women always complain that women don’t empower each other, yet they spend their time on Twitter bullying other women.

The biggest problem is that it’s women attacking each other. When will they learn to love and support each other? Rachel was sharing her story suddenly she is attacked for trying to inspire. Clearly women hate each other. Like is it really necessary? #RachelKolisi pic.twitter.com/oPpi55NnUt

In other news – Shock as T.I conducts virg!nity tests on his 18-year-old daughter

American celebrity T.I. said in a podcast interview earlier this week that he goes to the gynaecologist every year with his daughter to “check her hymen” and make sure it’s “still intact. The father-of-six spoke about his daughter in an interview released on Tuesday with Nazanin Mandi and Nadia Moham on a show called Ladies Like Us. Check out the podcast here. 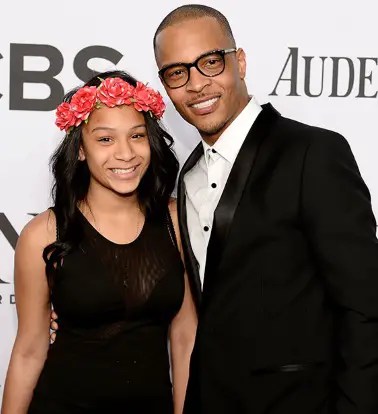 In the conversation, the actor talked about his divisive style of parenting along with other topics. When the hosts asked him if he’s ever spoken about sex with his daughter, he said: “Not only have we had the conversation, we have yearly trips to the gynaecologist to check her hymen,”. continue reading

Shock as T.I conducts virg!nity tests on his 18-year-old daughter