Many opposing points were raised, and one of them was that during lockdown, a lot of employed people are without an income currently. Giving such gigs that need a qualified professional to celebrities ‘is a slap on the face’ to the teaching profession. Social media users slammed the Department of Education, for hiring celebs instead of qualified professionals.

After video clips of the classes made their rounds, social media was unimpressed at a lot of the tutors, as some proved their point. One ZAleb in particular Mohale Motaung was called out for his many mistakes during his grade 11 English online class. Mohale was said to have made many mistakes and confusing the parts of speech. He was also heard describing ‘sitting’ as a noun instead of a verb.

Pearl Modiadie was slammed for using big fancy words such as ‘illustrate’ to teach grade R to 3 learners.

Teachers and parents at large are unimpressed at the ‘silly’ mistakes he made, further proving Tweeps’ points.
The #CelebritiesAreNotTeachers, was re-ignited and people expressed their rage.

As a Grade 11 teacher I’m asking the @DBE_SA to please remove this. I have sent it to my learners and pointed out the errors. If Mohale is a student teacher he should be monitored by a competent and experienced teacher where such errors would not occur. https://t.co/OLFMfwPnRz

Hayini, I’m qualified to teach history, social sciences and isizulu, not English but I know there is no noun in “I’m sitting quickly”. When they fail, they will blame teachers. Mohale #mohale #CelebritiesAreNotTeachers pic.twitter.com/1SNfieIDi7

#CelebritiesAreNotTeachers
After watching Pearl, Ndlozi and Mohale’s videos I’m so enraged just to say the least?????

So I’m gonna waste my years of studying towards my BED degree only to be disrespected like this by the government?

In other news – #SkeemSaam – Fans heartbroken by Big Boy’s scenes

Many were left holding their hearts in their hands after watching the late Big Boy’s scenes on the show Skeem Saam last night. 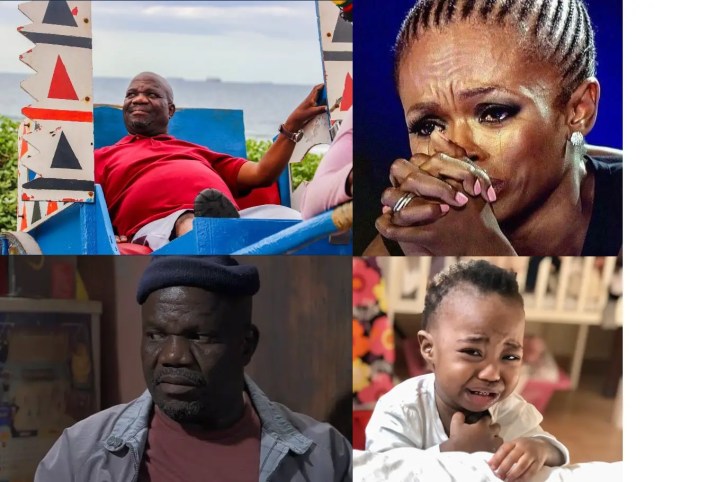 Watching Monday night’s episode of Skeem Saam was bittersweet for fans who were both happy to see actor Charles ‘Big Boy’ Maja on their screens and super sad to know that the actor would soon disappear for good. Read more