Reality star Khanyi Mbau and her Zimbabwean millionaire boyfriend Terrence Kudzai Mushonga might be on a Dubai baecation at the moment, but Mushonga recently made headlines for allegedly defrauding Johannesburg-based businessman James Aliyu.

The Nigerian-born businessman James Aliyu accused Mushonga of defrauding him of a substantial amount of R1.2 million in a vehicle scam.

Aliyu told police that he bought two cars from Mushonga and that Mbau’s boyfriends arranged for one of the vehicles to be hijacked and the other to be stolen in two separate incidents.

The Nigerian businessman alleges that Mushonga paid criminals to steal one car and hijack the other.

The Johannesburg-based businessman has since opened a case of fraud at the Roodepoort police station against the Zimbabwean businessman.

He also opened a case of hijacking at Honeydew police station against the hijackers.

A local publication reported that Mbau’s boyfriend sold a Mercedes for R720 000 and a Jaguar for R500 000 to Aliyu and introduced himself under a false name as Dick Lefa Nzula from South Africa.

Aliyu said he was informed by the Roodepoort traffic centre in May that the documents were fake.

Mushonga told a local publication that he has R20 million in his bank account and will not repay Aliyu because he gave him money from proceeds of crime.

He also told the publication that Aliyu is wanted by the FBI (Federal Bureau of Investigation) for scamming Americans millions of rands.

Siya Ooza who is a Home Affairs spokesperson did not want to comment on Mbau’s boyfriend’s dual-citizenship and identity.

Seasoned TV producer, Legend Manqele, has distanced himself from leaking the viral recording in which Mohale Motaung-Mhlongo is heard revealing shocking details of his relationship with his estranged husband, media personality, Somizi Mhlongo-Motaung. 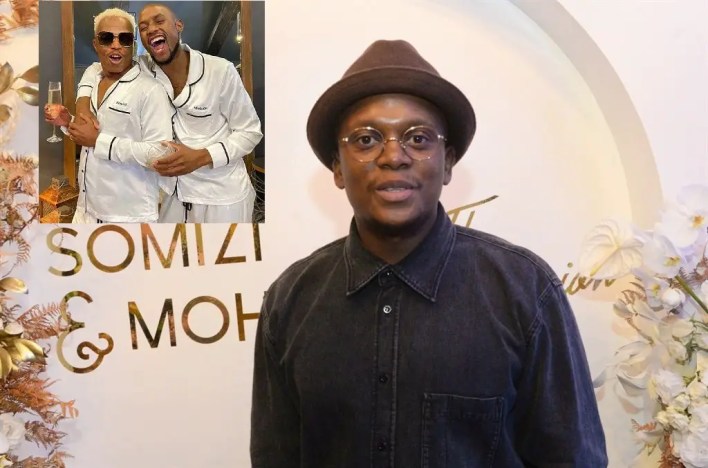 Legend tells the publication that he had nothing to do with the recording being leaked, saying: “I have no idea who would do something like this.” . Learn more

Vusi Nova cancels his bestie Somizi? - You won't believe what he just did