The rapper was rushed to hospital with cardiac issues and has spent nearly a week in the intensive care unit at West Hills Hospital and Medical Center in Los Angeles.

French Montana has been in intensive care for six days.

The rapper was rushed to hospital with cardiac issues and has spent nearly a week in the intensive care unit at West Hills Hospital and Medical Center in Los Angeles.

Uploading a video of him in his hospital bed, he captioned it: “Six days in icu (sic)”

Montana was rushed to hospital on Thursday when he started suffering from “stomach pains, nausea and an elevated heart rate”.

L.A. County Sheriff’s deputies had actually been called to the house at 1.30 pm over reports of a suspected robbery – which turned out to be a false alarm – but they were so concerned by Montana’s condition that they summoned an ambulance to take him to hospital. He was quickly transported there, where he was treated with IV fluids.

Meanwhile, his ex Khloe Kardashian is worried about him.

The Keeping Up With The Kardashians star is reportedly concerned for her ex-boyfriend, with a source adding: “Khloe has been in touch with French. She heard the news and was concerned about him. She is still worried about him and hoping he gets some good news and they figure out what’s going on.”

It is no surprised that Kardashian has been checking on him as the rapper previously insisted he had a dope relationship with his ex and they’ve remained friends because they didn’t end on bad terms.

He said: “I feel like we had a real dope relationship – there was no bad blood, nobody did something to somebody that we couldn’t come back from. The love was real. When the love was like that, it’s always going to be like that. Friendship after a relationship is something that’s really hard to do, and I’m glad we’ve been able to do it.”

In audio circulating from an anonymous source, Tshwane mayor Stevens Mokgalapa can allegedly be heard having s.e.x with the City’s roads and transport MMC, Sheila Senkubuge, supposedly in her office. 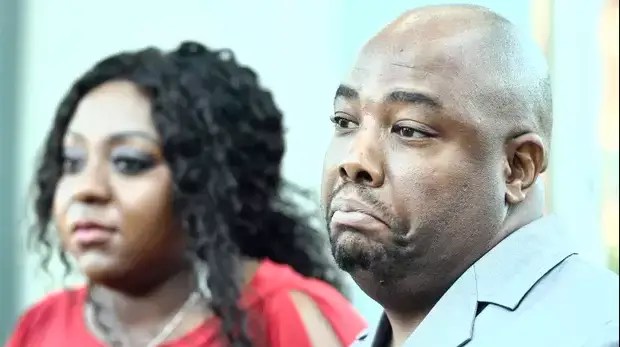 Executive Mayor Stevens Mokgalapa and his Roads and Transport Member of the Mayoral Committee, Sheila-Lynn Senkubuge, on Sunday remained mum on an allegation they had s.e.x inside a municipal office. continue reading