Drake has seemingly hit back at criticism of his new album ‘Honestly, Nevermind’ by insisting haters “don’t get it yet”. The rapper’s latest release debuted on June 17, but was hit with mixed reviews, with some critics branding the album “dull”. Drake now appears to have responded during a speech at an release party in Miami, Florida on Friday, 17 June.

According to Fox News, he said: “It’s all good if you don’t get it yet. That’s what we do! We wait for you to catch up. We in here, though, we caught up already. On to the next. My goodness.

A clip of the moment is reportedly circulating online, showing Drake making the comments while his song ‘Calling My Name’ played in the background. It’s believed to have been filmed during a bash at Miami nightclub Gala – the first of several release parties held by the star over the weekend.
A source said: “[Drake] was drinking passion fruit Ondas on ice all night … Drake’s DJ played songs from the new album in addition to old favourites. It was all Drake songs all night long and the crowd loved it, including Drake, who was dancing in front of the DJ booth most of the night … It felt like Drake was hosting a private party in his own living room. He was walking around the room, holding court like it was his place.

He was reportedly out again on Saturday partying at venues including Miami night spot Prime 112 and STORY for a bash thrown by DJ Khaled.

Drake’s album was released on Friday to mixed reviews, with the Guardian calling one of the tracks “spectacularly annoying” and adding “his passive-aggressive complaints get dull.

Tonight I was watching a bunch of out of towners have their Miami experience, where the lights seem to make everyone feel like they’re somebody. Then Drake showed up n I heard the Woodstock screams I didn’t knw were real. I’m so humbled to reminded of why we’re the Magic City!!! pic.twitter.com/iACs7l4luS 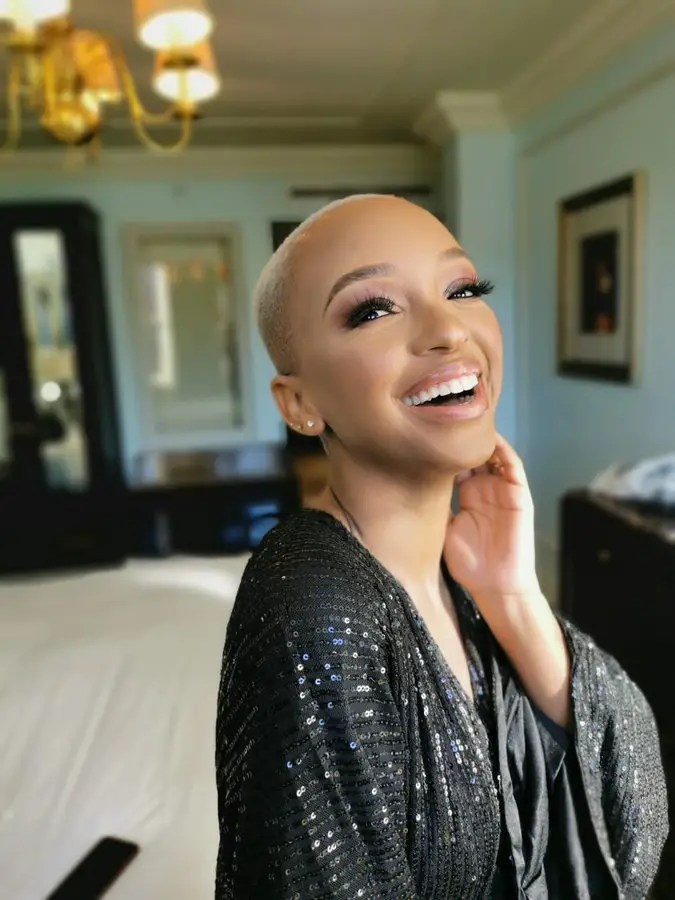 Madida is married to singer and record producer Zakes Bantwini, and the couple has two children, son, Shaka, who is five years old, and three-year-old daughter, Queen Nefertiti. Learn more