Former Orlando Pirates goalie Brilliant Khuzwayo, has opened up about how head over heels he is, with his wife, after their tragic accident. Brilliant who hanged up his soccer boots in 2018, after an ankle injury, had a chat with Durban-based socialite Tha Simelane on Instagram, yesterday.

Brilliant said as a Zulu man, he believes in true love. The star couldn’t’ stop gushing over his wife as some were swooning over him. He said they have been together for some years now and he is off the market.

Brilliant who was once accused of being romantically involved with Gqom star Babes Wodumo said, he was involved in an accident with his wife a few years ago and she lost her arm. He said they have remained completely inseparable since the incident. Brilliant said “When you truly love someone, no matter what can come into your life always stick by her side.

When asked about what he is currently focusing on at the moment, Brilliant said he cannot reveal it now because sometimes that hinders your blessings.

In other news – Lasizwe kicks away actor Cedric Fourie

Lazzy and friend Cedric made a great combination that we wish to see them doing stuff together, just like how nice they appeared on several snaps they took together. 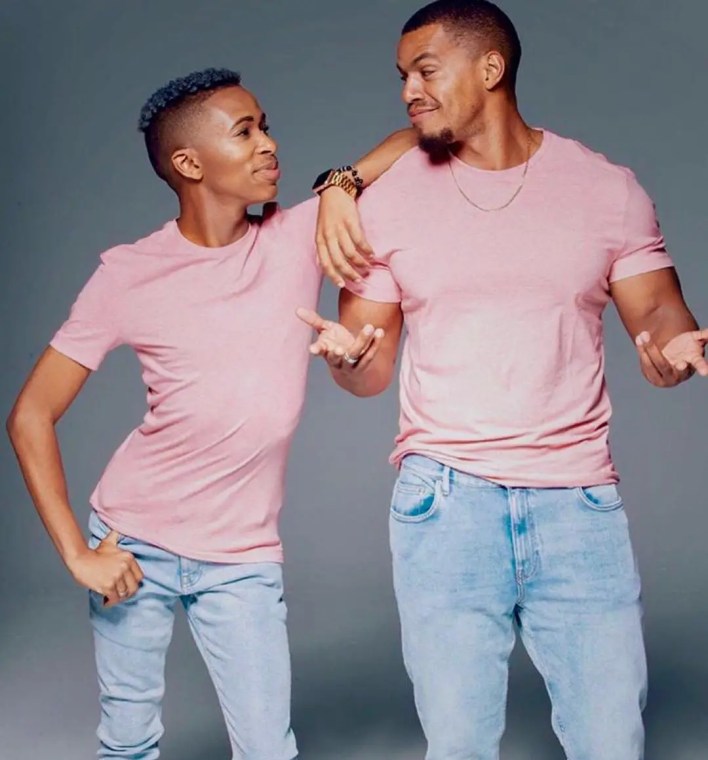 Kagiso Modupe is working on another film