As Mzansi welcomed 2020, Boity Thulo decided to bless the Twitter timeline with another bootylicious picture. Last year at the MTV Europe Music Awards, Thulo’s derriere broke the internet, and it looks like she’s done it again. 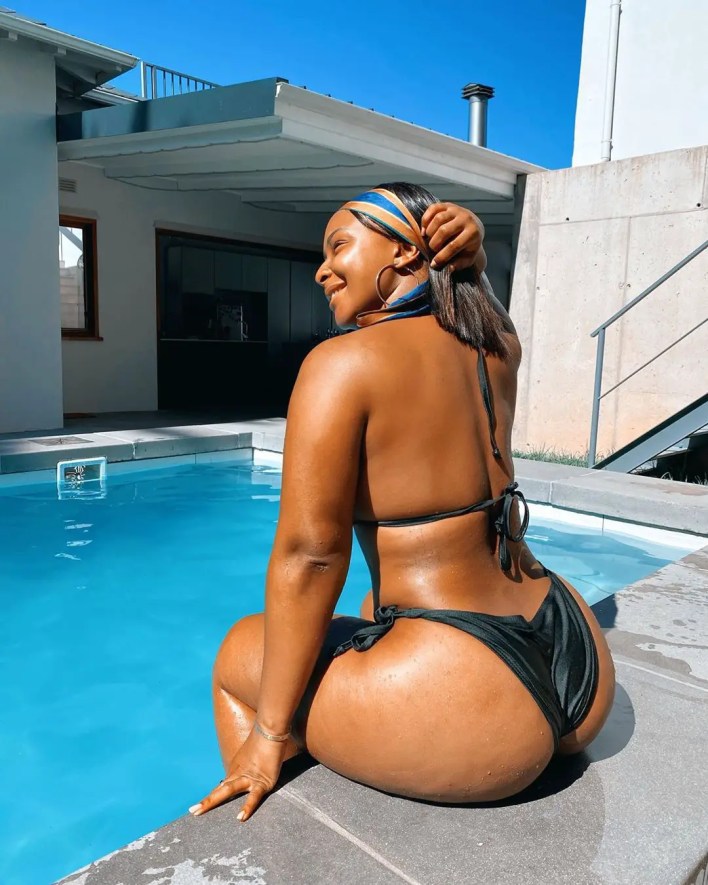 Taking to her Twitter and Instagram accounts over the weekend, the “Wuz Dat?” rapper posted a picture of her in a swimsuit with the caption, “Excuse me as I step into 2020”.

Excuse me as I step into 2020… pic.twitter.com/ITAHI7upJv

Thulo posted more pictures of her showing off her banging body while on holiday in Cape Town. However, it was her booty that landed her at the top of the Twitter trends list.

I’ll be right behind you pic.twitter.com/gDf89mYyYl

Now I understand why they came up with the phrase “Ladies first” pic.twitter.com/bwiBeshyiN

Whoever took the pic had a beautiful view pic.twitter.com/cmL8kTppKq

I died and went to heaven pic.twitter.com/iJgQ3kdnE5

Former Top Billing presenter Jonathan Boynton-Lee joined in on the fun and shared a photoshopped picture of him also showing off his cakes in a “Faf de Klerk speedo”.

In November 2019, ZAlebs ran a story about the existence of a book, detailing the chronicles of Senzo Meyiwa’s life. The book was written by self-published author, Soweto Mandlakazi and it will be officially launched on 21 February 20 in Durban. continue reading