TV personality Ayanda Thabethe has revealed she’s found love again but she’s keeping her mystery man away from the spotlight…for now. Ayanda, who was in a two-year relationship with rapper, Zulu Mkhathini (formerly known as Dash) confirmed in November last year that they had split.

However, in an interview with Drum magazine Ayanda confirmed she’s in a new relationship and is completely besotted. I’m in a happy, non-public relationship. I’ve learn’t that putting my relationship out there allows all sorts of negative energy and opinions. I want my new guy all to myself and away from the spotlight so we can focus on work and our dreams,” she told the publication. 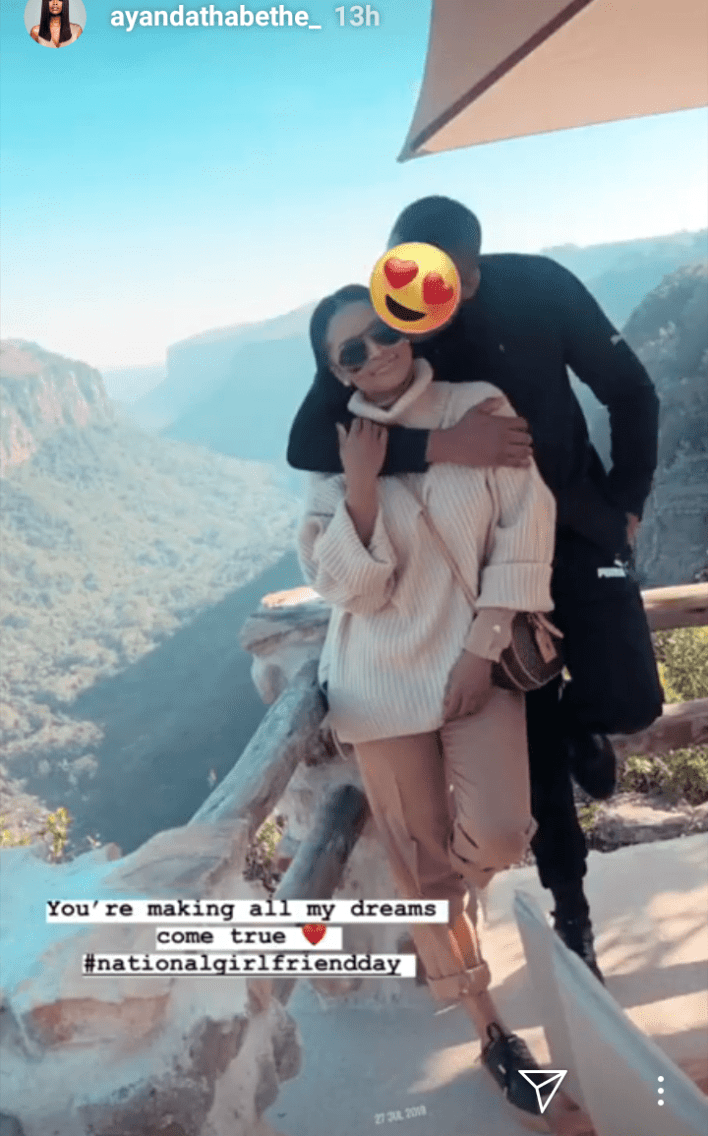 Ayanda confirmed her split from Zulu during an impromptu Q&A on Instagram Live at the time. The TV star said she and Zulu had parted ways amicably, and were on good terms. I’m single again. I’ll always think the world of him,” she said at the time.

Ayanda’s also been slaying on the career front, as she was recently unveiled as one of the hosts of Celebrity Game Night on E! Entertainment alongside Anele Mdoda and Jason Goliath.

Senzo Meyiwa and his father fight for justice from their graves, more trouble for Kelly Khumalo