Musician turned soccer player Andie Mpisane has got engaged to model Tamia Louw. The news comes as a shock as Andile was known to be in a relationship with Durban-based DJ Sithelo who is the mother of his two kids.

In a video making the rounds on social media, Andile could be seen kneeling down on one knee popping the question to newly found love. His mother, Mamkhize who was also in the building could be heard saying ‘she said yes!

However, not only the engagement has gone viral, but the suit Andile was rocking has left many social media users in stitches. The suit looked oversize on him and tweeps can not help but mock him as others say he must have borrowed it from Gwede Mantashe, the minister of Mineral resources and energy.

Here are some of the roasts from tweeps:

Not this outfit chile🤦🚮😂 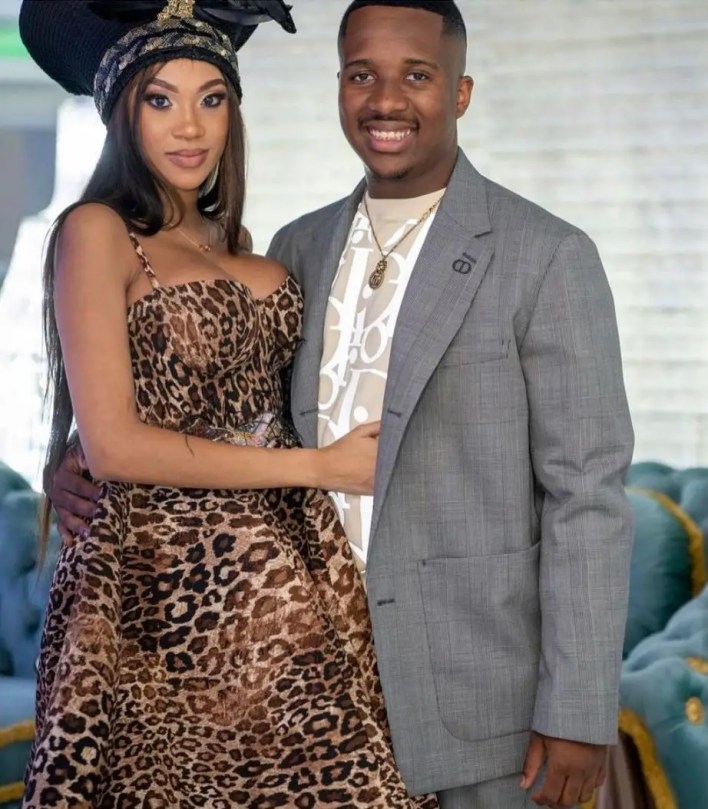 SA celebs who accepted their ancestral calling in 2021